A scatter plot is a representation on an X-Y plane in the form of points. These points indicate the density and outliners for two variables. One variable marks a point on the horizontal axis, the other variable mark point on the vertical axis. A third additional variable can also be included here, for indicating the size of the point for better visualization. 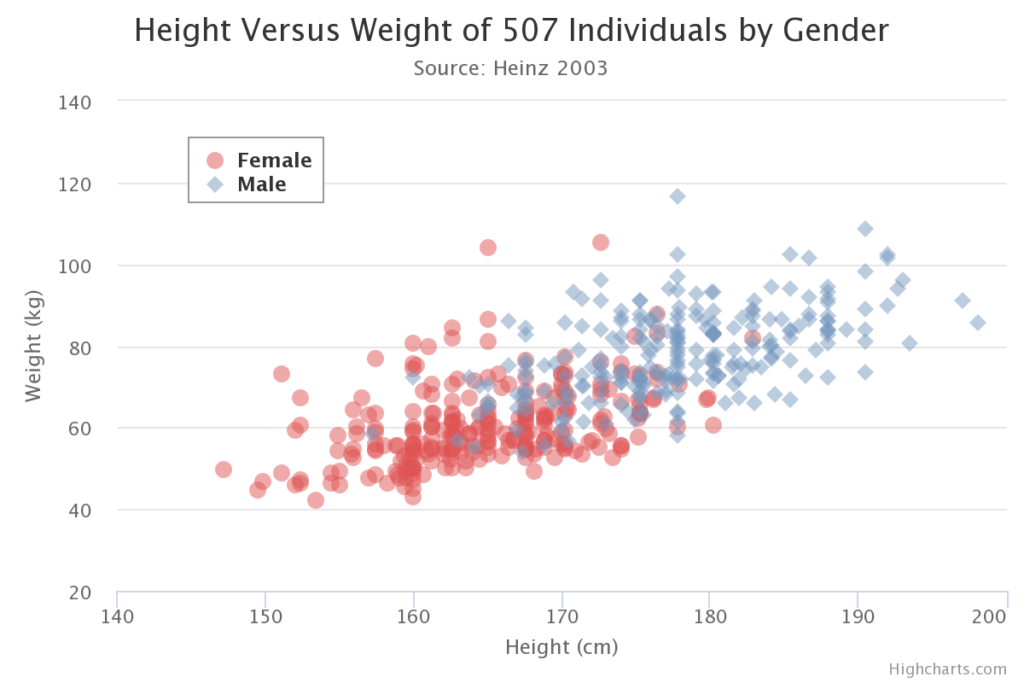 Why do you need it?

Scatter plots work best with a higher level of granularity. Scatter plots directly impact the brain, to instantly catch the irregular data to a meaningful and decision-making visual in just sight.

What kind of data you can visualize with it?

A scatter plot is best suited for categorical data. If you have a dataset that has categories as states and count of population per state, then undoubtedly a scatter plot is the visual for you. The greater the population of a state, the bigger is the size of the circle. Examples of such types of datasets are relationships, comparison, distribution, patterns, etc.